“While she’s growing up, we have to make things better!” 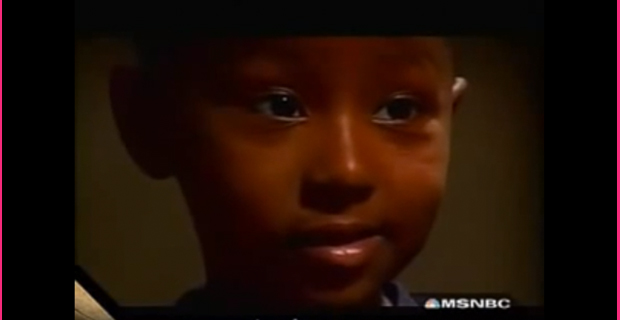 I recently met a design student and as we got talking about race and color, she shared a nuanced observation about children’s dolls at Ikea. She said the ethnically different dolls had been placed in separate bins, which she found shocking, “in this day and age.”

I began thinking about the famous 1940s study in which dolls were used to learn about Black children’s self-perception within the context of race. The classic Clark Doll experiment conducted in the U.S. involved presenting them a black doll, and a white doll, and asking questions relating to preference, likeability and so on. Most children thought the white doll was nicer. A “similar” doll study was conducted recently in Mexico and the results showed that these children too had a dislike for (their own) darker skin.

Indian children would not do very differently in their self-appraisal viz-a-viz skin color. If you want to know what goes on in a family where a child has “dark” skin, go ahead and read excerpts from a conversation with Kranti, mother of two. (Name has been changed to preserve her identity)

Kranti, a teacher, an educator, a mom.
Kranti is a former school teacher; a parent; an educator; and above all, a person committed to social change on this issue. She is originally from New Delhi. She has lived and taught in Gujarat. She currently lives in Mumbai with her husband, her 18-year old son, an adopted 11-year old daughter. Her teaching years and parenting years have taught her about skin color discrimination among children and its impact.

Kranti: My involvement with colourism is personal, because my daughter has dark skin. Everyday, I see the anxiety growing in her. She has mentioned a few times, “I want to start using Fair and Lovely. When can I start using it.”

She started talking, about the day, eleven years ago, when their newborn daughter came home with them; her early years negotiating with crude remarks from family members. And how the daughter came to learn about the “difference” and that she was adopted.

Kranti: We saw her in the hospital — a tiny child — and fell in love with her. We felt she was beautiful, and meant just for us. The adoption papers were ready within 10 days and we got her home. She was 6-7 weeks old. Once home, others started remarking that her colour was rather “dark”, and quite different from ours. Maybe it was strange, but we ourselves had never even noticed that. Obviously, this used to bother me a bit, because people made insensitive remarks quite often. They said she looks very different from the three of us. As time went by, she too begun noticing the difference. “Why do I look different?” she would ask. “Why is dada’s color like yours and why is mine different?

Jyoti: How was her experience at school?
Kranti: I was perpetually scared that someone will make a remark in my daughter’s presence before we were ready to tell her that she’s adopted. We finally told her two years ago.
The offensive remarks never stopped. Now at school, she was teased by other students. At first I used to tell her that nature has given her better skin protection against the sun, and that helped her solve the problem at the time.
Then we shifted schools. This new one is an international school and the population is predominantly fair-skinned.

Two boys in her class have named her “black pepper” and given her some names in Hindi also…. names related to dark skin. This is real name-calling. I tell her that these children are ignorant, and are unaware that people have different skin colors. As time has gone by, she says that she’s less hurt by what those boys say, and more hurt when her friends join in the fun and laughter.

Another thing that has happened here is that the boy who is the ringleader of the naming brigade at her school, lives in our neighborhood. He has now told other kids about the names given to her at school, and made them known in the neighborhood as well.
Even today, the name-calling hasn’t stopped. She has successfully handled it in the neighborhood, and the school’s definitely her next frontier.

Jyoti: Why don’t we report these incidents to the school authorities. Can they get their house in order?
Kranti: Normally, we would bring this up with the school authorities, but we have to have faith that the school will deal with this properly. While we understand that kids will be kids, and will bully other kids for one thing or another, we took the matter to the authorities at her previous school. They were quite surprised and organized a general talk in the morning assembly. It was handled gracefully, and nobody found out that a parent had talked to the principal. The identity of the kid was never revealed. It was just a sensitizing talk that appeared to be quite general.
But here, things are very different. We don’t bring it up because we are absolutely not sure that they won’t make this worse.
I do think, that the school could have some sensitization programs regarding the issue of colourism, just as they have for other important issues like national integration and secularism.

Jyoti: What are some of the other ways in which children are discriminated against?
Kranti: So I have seen this sort of discrimination being practiced in at least 3 cities in India. A government school that I attended in Delhi as well as a leading public school where I taught there. Then, in Gujarat where I also taught, and now in two Mumbai schools that my daughter has attended. Basically, children with “dark-colored skin” absolutely do not get picked for the main role, they get pushed to the side. In fact, they are given roles as villains / raakshasas (demons).
This was a regular feature at the schools in Gujarat and Delhi,. I remember 2-3 actual instances where they selected dark girls and boys as villains. At the time, when I was relatively new, I raised the issue with the authorities, thinking it might have been some sort of oversight or coincidence. To my surprise, the senior teachers admitted to actively casting the children as they had and refused to do anything about it! They said, “This is how it’s always done.”
I must add, though, that at her old school she was once given a lead role because she is an excellent singer, and the lead involved singing. Needless to say, I was surprised and happy they went for talent, and not skin color.

Jyoti: What about the media! Bollywood, and the 40+ year old fairness product, Fair and Lovely…
Kranti: Recently, I was driving and a song from a latest Hindi film was playing in the car. A lyrics begin so: mil jaye koi chhori, kaali ho chahe gori. (Translates to, I wish to find a girl, regardless of whether she is dark or light-skinned.) But she heard it as mil jaye koi chhori, kaali ho jaye gori. (Meaning, I wish to find a girl, and if she’s dark, may she become fair.) And reasserted what she has been saying for some time now, “Mujhe bhi hona hai gori.” (I too want to be fair.)
After clarifying the difference between what she had heard and what the lyrics were, I realized how she was registering the song. And that the whole idea of being dark is running through her mind, rather more frequently than we had realized.

All through her growing years she’s been aware of her skin colour difference, and handled it pretty effectively with our support at home. But now she’s going to turn 12 in a few months, which is the time they become conscious of their external appearance, and she is more aware of it. She watches these fairness cream ads, and wants to use them.

Earlier I used to tell her that it’s for adults, but now I’ve tried telling her the cream isn’t good for you and has harmful effects, but I don’t believe she’s convinced at all.
In the time she grows up a bit more, we have to work towards making things better. I don’t want the situation to remain the same.
I thanked her for taking the time to speak with me wished her the best of luck. I believe that her gentle and insightful parenting will help her daughter course correct in the time to come.

Perhaps, a targeted doll experiment equivalent isn’t such a bad idea after all. It would answer a lot of questions.

EXERCISES:
Entertaining: Please watch the Anderson Cooper doll study for his AC360 series. I say “watch” just for the articulate responses of two young girls that will leave you smiling or lol-ing.
Intellectual: Click and download research paper: Immortal comics, epidermal Politics: Gender and representations of skin color in Amar Chitra Katha in the Journal of Children and Media, written by Dr. Radhika Parameswaran & Kavitha Cardoza. (2009)
Participatory: Do you know of instances in which you witnessed colourism in children? Please share your stories below.