Not enough women contribute to Wikipedia 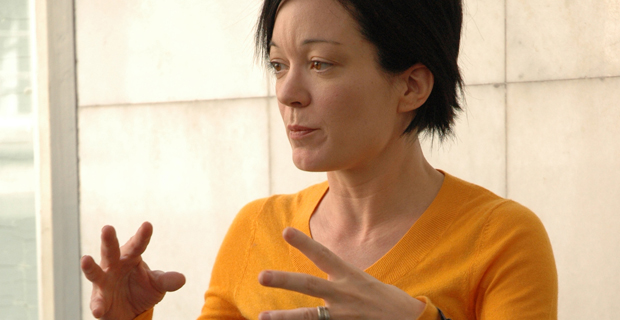 Have you wondered about representation, or lack thereof, of women editors on Wikipedia.

Yael Kohen interviewed Sue Gardner, executive director of Wikimedia Foundation, which operates Wikepedia. Here she discussed what it means, why it is so, and what she’s doing to change it. Marie Claire’s May ’11 issue, Confessions of a Female Tech Exec:

YK: You commissioned a study which found that while women represent half of Wikipedia’s readers, they only contribute 13 percent of its pages. Why is that a big deal?

SG: The typical Wikipedian is a 26-year-old male grad student in Northern or Western Europe or in North America. Wikipedia’s mission statement is to provide the sum total of all human knowledge — not the sum of what guys who edit Wikipedia know. And if women aren’t editing Wikipedia, then it isn’t going to contain good information on topics they care about. We need to have everybody at the table contributing.

YK: Why are so few women logging on as editors?

SG: There are a number of factors. In many cultures, women have less leisure time than men do. And the free time that women do have, they tend to put it more toward group activities. Studies also suggest that women are more dissuaded by criticism than men are. Wikipedia is a more critical environment — debate is a bit rough-and-tumble. And Wikipedia is also too hard to use. You have to learn Wiki-syntax and our software. So people who don’t see tech as somewhat fun or interesting are turned off out of the gate.

YK: How do you handle the media coverage of her appointment as Executive Director and her relationship with boss, Wikipedia Founder Jimmy Wales.

SG: I don’t believe that the Wikipedia community is in any serious way sexist. The same is not true of the Silicon Valley media. A friend warned me to do everything I could to avoid media coverage there because when it came to women, there seemed to be so much discussion about the way they dress and who their boyfriends are. I know a woman who was interviewed by Slashdot [a popular tech news site], which collected questions from readers. She told me that the first 80 questions concerned whether she was good-looking or not.

Come on people, pot shot journalism is not the best way to get noticed.