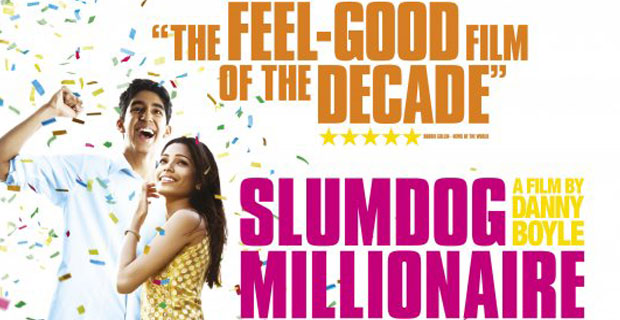 We know than no controversial film release is complete in India without a lawsuit, several street protests and offended religious groups. And so it goes with “Slumdog Millionaire.”

The film, which has already won several Golden Globe awards and has been nominated in 10 Oscar categories, has been the target of Hindu right wing groups, who claim that the movie hurts Hindu sentiments.

In the midst of all the hype-joy and despair-aggravation, AFP reports from Mumbai, a day after the release: Newspapers reported a good turnout for the film on its first day, receiving praise from cinema-goers for the strength of its story, cinematography and music.

Nevertheless, some expressed disappointment, saying it failed to live up to the hype, was not as good as Vikas Swarup’s book “Q and A,” on which it was based, or that it gave a foreigner’s view of India and poverty.

Cinema managers were reportedly expecting attendance to pick up over the weekend, but one highlighted how the film was viewed in certain quarters in the home of Bollywood.

“‘Slumdog’ is big but it is essentially a Hollywood film,” Joydeep Ghoshroy, general manager for marketing and sales at PVR Cinemas, told the Hindustan Times.

The LA Times also got a sense from Indians who’ve seen the film:

Reporting from Mumbai, India — Even as American audiences gush over “Slumdog Millionaire,” some Indians are groaning over what they see as yet another stereotypical foreign depiction of their nation, accentuating squalor, corruption and impoverished-if-resilient natives
<snip>

They attribute the film’s sweeping international success in large part to its timing and themes that touch a chord with Western audiences.

On Twitter, congratulatory remarks to SM for the nominations and the feeling of oneness with the celebrations were overwhelming. With an occasional, “Is it cool for India to claim Slumdog Millionaire as its own?” or “Is Slumdog Millionaire really India’s pride”. Twitter-ers who expresses the desire to travel to India after seeing the film outnumbered those who felt positively depressed and chose not to go. Some felt privileged and marked, “Everybody should see the film ‘Slumdog Millionaire’ to see a slice of the real India. We, the fortunate ones, are just the cream of the crop.”

On the blogosphere, links to the nominations, to reviews, and to superstar Amitabh Bachchan’s outrage abound. At first his blog, BigB.BigAdda.com, seemed to imply he was critizing Slumdog, but then he wrote that the media had mangled his words. Later it was reported that Bachchan and Boyle have “cleared the air.”

Starting with funny, here’s what Amit Varma thought of Vishwakarma suing Rahman and Kapoor. On Indiauncut: “The possibilities for such WTFness are endless: Someone can sue the makers of Rab Ne Bana Di Jodi on behalf of God, alleging that they insult God by implying that one can see Her in any random person. Every Indian Idol contestant criticized by Javed Akhtar can sue him for the way his son sang in Rock On. The Chinese government and the Chandni Chowk mohalla committee can sue Akshay Kumar for you-know-what. Torture academies can sue Himessss Reshammiya for making them redundant. And so on and on. Immense potential simmers.”

On her blog, Sramana Mitra, entrepreneur & strategy consultant, who really liked ‘Slumdog’, says it has the “business” ingredients that she has been talking about in her Vision India 2020 series: “low budget, English language, Indian context, great screenplay, great editing, and Indian-international combination production teams. The movie is at its heart, about aspiration, and about dreams coming true. This ‘common man’ Jamal, is not angry, like the Indian men of the 1970s. He is both hopeful and relentless, defiant and proud of his origins even as the people around him call him a ’slumdog’. He knows better – that it doesn’t matter where you come from, only where you are headed.”

Boyle and Kapoor danced to the Punjabi ‘dhol’ at the Mumbai premiere. Gulzar, a man of few, measured words, who wrote the lyric for ‘Jai Ho’, “refused to rank his latest nomination in comparison to awards and accolades he has earlier received, he said, this was his first international nomination”, according to PTI.

Social workers felt the film gave the Mumbai slums the much needed attention. CS Monitor quoted Mr. D’souza, a social worker who has lived all his life in Dharavi: “The film has put Dharavi on the world map,” says D’souza, whose shanty has a cameo in the film. “Hopefully, it will help people and [the Indian] government understand that we, too, deserve a dignified existence.”

But here are my favorite two, that concur with two disparate debates in my mind. First: The reason behind “shows India in a bad light” audience sentiment. Second: Is the film really that great?

Slumdog Millionaire–the Review (which has 222 comments), Arnab, Random Thoughts of a Demented Mind:

Even with all the stereotypes and all the plot contrivances, I would have still enjoyed “Slumdog Millionaire” if it had managed to, at any time, transcend its  “masala”  origins to become something greater, as Oscar winners ought to. As the “Dark Knight” transcended its comic book origins to become a fascinating study of true evil.  As “City of God” goes beyond the depiction of poverty in Brazilian slums (which is never its primary morbid fascination) to become an epic about the cycle of extreme violence.

What are your thoughts?