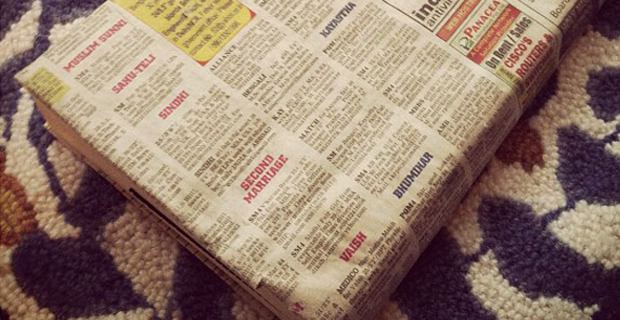 Several girls, from infancy, carry the burden of marriage on their young shoulders. And if that weren’t enough, there’s the added worry of skin colour that decides your fate, both for social acceptance and future marriage. If on the fair/light side, it’s a privilege you’re born with. If on the dark/brown side, it could range from nuisance to oppression, and maybe more. The solution for some, if the latter is true, is to watch their parents save money for dowry, or better still, heed mother’s advice and use a fairness product—a dark skin coloured girl’s best friend.

I once was visiting a Delhi slum (inner city neighborhood), sitting on a chabootra, a circular, cement platform in rural places, built around the trunk of tree for informal gathering and socializing. A young girl approached me to take a peek at my mobile phone. The neighbor’s even younger son joined our session a minute later. And then, just like that, the young girl picked up a small tree branch and struck the boy.

The politics of skin colour run deep, inked on our souls. And each time, in our own mother tongue. Etched, further and further in, by the media in it’s many avatars.

My academic consciousness raised, I gradually became curious to know more. First, about the history of the discriminatory practices, and then about the media’s consent and contribution to them. Interviews with Delhi-based art scholars and historians, led to some sort of consensus, that in India, skin colour discrimination is influenced, broadly speaking, by race, caste, India’s colonial history, and globalization. From media folk, I heard two extreme viewpoints. One media celebrity said that she would never endorse fairness on principle. Another leading, well respected advertising professional said that his craft teaches him to create a need, and then to fill it. And that if they were able to do that, they had done their job well.

A couple years later, a new term—Colorism—became part of my vocabulary. I met a professor of journalism, to whom media’s inadequate representation of varied skin colours, and misrepresentation of certain skin colors, offered a problem in urgent need of inquiry.

Briefly, colorism, coined three decades ago, refers to a form of prejudice or discrimination in which human beings of the same-race are treated differently based on the social meanings attached to skin color. It is practiced in many cultures, shaped by events over several centuries, changing, as the pages of history turn, and turn, and turn.

The Internationally-acclaimed, Indian social beauty-meter
We all come fitted with a social beauty-meter, one that provides a hyper local, socio-cultural beauty index. The need arises from our innate search for the meaning (and desire) for beauty, which works in conjunction with material offerings and impressions made by people residing in our individual universes!

Now, as it turns out, the Indian social beauty-meter deducts points for dark skin. You might start of “well”, and then unexpectedly, the meter will pose the question of skin color. You select your skin color from the drop down color palette, and as it scrolls back up, your beauty index dives from a 7.5 to an average 5.6. And if you were at 6.0 to begin with… god help you!

(A discussion on ideal beauty and persuasion seems mandatory! Hopefully, as the blog runs its course, we’ll find an expert to address it in a meaningful way.)

It is no surprise then, that examples of the Indian bias for fair skin or discrimination based on skin color abound in lives of Indians overseas as well. South Asian salons across the US offer facials that use bleach for cleaning and whitening. UK regulatory authorities make surprise checks at ethnic stores for fairness products that are known to damage skin.

At home, foreign travelers are quick to spot the disconnect between fair-complexioned women models featured in the media and relatively darker, actual Indian women. Others have witnessed conversations that hint at the “connection” between dark/brown skin viz-a-viz class and caste!

From Colour to Color
My personal connection to the subject, well, I’ll declare, is second hand! My complexion fell right at the midpoint, the point where social acceptance, and marriageability is not an issue. Or so I believed. Nevertheless, growing up, I was cognizant of its reality for many, and saw it everyday, in the eyes of child, a sibling, a friend, a co-passenger, a stranger…

But a journey of identity-consciousness, color-consciousness is an ongoing one. Today, living in the U.S. as a woman of color, I have experienced that feeling, the awareness that my skin color means something more that just skin color in their eyes. And in mine.

This post originally appeared in a blog on a progressive youth magazine, The Kindle Magazine, Kolkata, India.