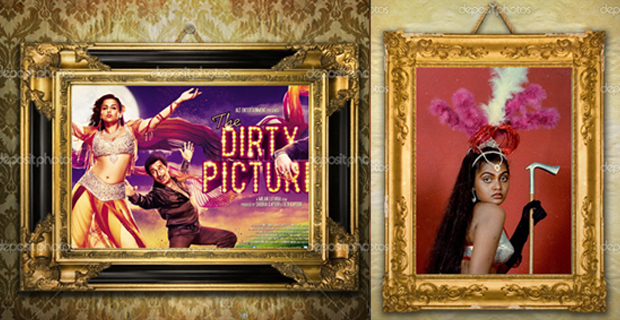 An Indian “biopic” called The Dirty Picture (2011), did exceedingly well. Critics, feminists included, saw the film favorably. It collected giant returns at the box office, Balan won raving reviews, including a national award for Best Actress, and everyone went home happy. I too, had been excited to watch an 80’s film. The lead, Vidya Balan’s flawless performance in No One killed Jessica, still fresh in my mind.

Unfortunately, The Dirty Picture was just a Bollywood romcom that loosely claimed to showcase the life of 80s South Indian actor Vijayalakshmi Vadlapati, or Silk Smitha, as she later came to be known. Film makers took all the masala from Smitha’s life, and used a disclaimer to alter the story based on what the market wants. They claimed that it was not a biopic while milking the controversial life of a real person.

When I saw the film, I despised it, in its intent, concept, casting, filming, and production. In the guise of a big-budget slick-flick that brought back the nostalgia of the 80s—the over-the-top music, elaborate set design, faddish 80’s designer clothing (Vidya wore 100 designer costumes in the film)—this film was masquerading as one with a strong female role model, and a social message for today’s nari, no less!

Smitha, a B-grade, daring film actor who led a public life of fame and controversy was played by Vidya Balan a leading, mainstream Bollywood actor. Not only did Balan have no resemblance to Smitha, she actually fit the ideal beauty type, including her fair-skin. Smitha, on the other hand, had an unconventional beauty, wheatish complexion. These were a big part of her appeal, and her reality, which presumably shaped her career.

“Meena Iyer, TimesNewsNetwork in her article Vidya Balan’s nothing like Silk Smitha quotes a leading man who acted with Silk in a number of films: “Vidya looks sexy in the poster of The Dirty Picture. But she is nothing like Silk. Her physical attributes don’t add up. Silk was dusky, she was slightly over 5 feet 7 inches tall; her eyes were big and when she did those sexy movements of licking her thick luscious lips and rolling her eyes up in a dreamy way, she gave men something to think about. In Vidya’s case, she appears to be 5 feet 2 inches tall; she has small eyes, she is petite and has a wheatish complexion. Silk managed to fill the screen with her broad shoulders and long legs. Vidya is tiny and her torso doesn’t quite add up.”

Make-up? Calculated! The temporary Balan 2.0, who had gained weight for the film, and had dared to bare. Let’s take note of their casting choices, the choices made for costume and make-up, the strangeness about accepting ‘fat’ but not ‘dark.’ Why did she not get a temporary tan as well? Do these scream social (or financial) messaging to you?

Let’s also acknowledge that while pandering to the male gaze, the film chose to justify itself as a modern woman-centric story, which evidently it was not. The romanticized story positioned the female lead as an outgoing actor, apparently in control of her career, who uses her sexy willingly, knowingly and daringly. Some say that the portrayal, was far from the truth. Even Smitha’s family was furious, but clearly had no rights or say in the matter. From Cinema resurrects Silk to sell again,

From Niranjalli Varma’s review in Dool News, a Kerala-based publication: “Dirty Picture’ is a women centric movie that caters to a male audience. The movie clearly, cant be categorized under the title of ‘biography’ for the movie makers have merely stolen the eventful storyline… The press branded her, sold her, and today 20 years later we dig her out to torment her again.”

Some activists, writers, and feminists have raised serious objections to another aspect of the film. It turns out, Balan was “upper” caste and Smitha was ‘lower’ caste. Ms. Rowena is a writer for Savari, that features writers and organizers comprising of adivasi, bahujan and dalit women, with a mission to continue the traditions of anti-caste struggles. She has lambasted the director, not only for the stark difference in physical appearance, but also for misinterpreting and misrepresenting Smitha’s struggle, her life at the hands of the lusting men, and her suicide at the age of 36.

What are your thoughts?

Share
← “While she’s growing up, we have to make things better!”
Comedian Thakur broadens our linguistic repertoire →